The Work Of Adolescence

In this project we looked at why adolescence is important and interviewed an adult we know about adolescence. 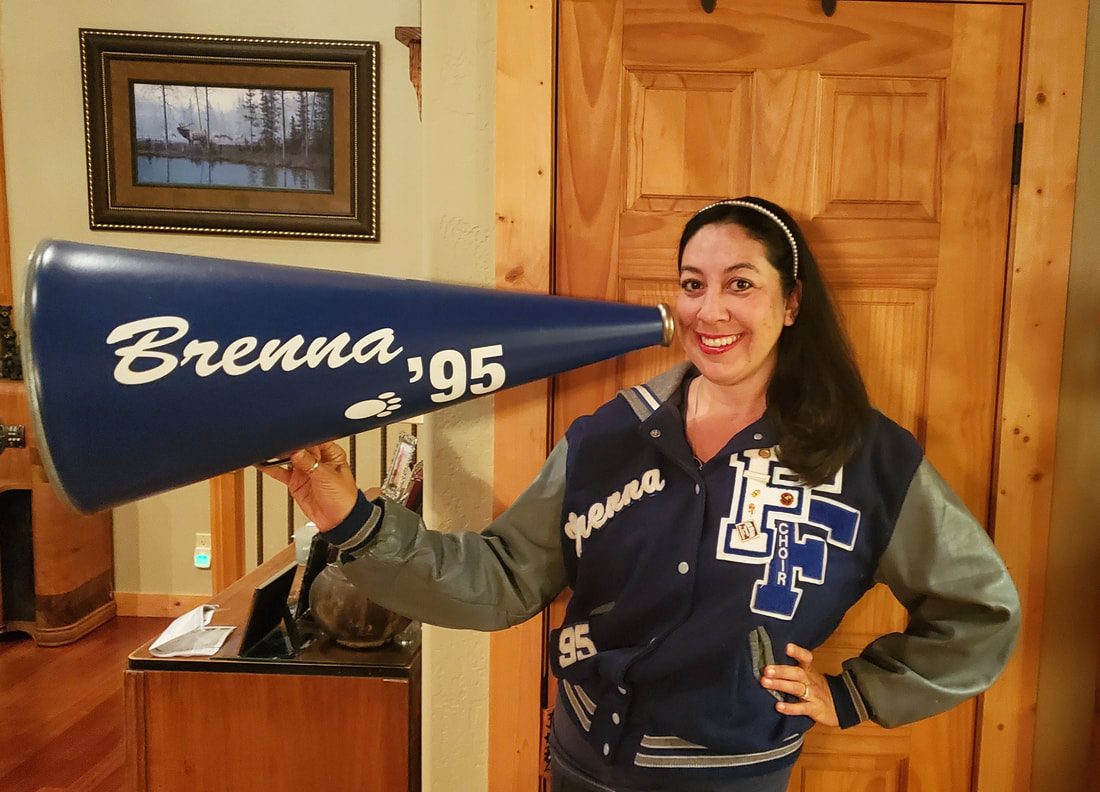 First off, we talked about life experiences she had in adolescence and what they were.  When Brenna was still in high school she got into a car crash where she was ejected from the car.  She was taken to the hospital to get treated but when her parents got there they could not go into the room because the husband they did not know about was in there.  Needless to say her parents were furious and that was a bad choice to make without even telling her parents but she was forgiven for the reason of her being in a near life ending car crash.  Brenna said that the best way she learned was by failure and the adolescence is meant for failure “It's a time in our lives where we can fall down but it serves as a valuable time in our lives where we are allowed to make mistakes.”  She also described very valuable life lessons she learned like you should wait to get married until after high school.

Next up, I asked about how Brenna’s decision making was changed in adolescents based on the experiences she had.  She then went into detail on how she would purposely do the opposite of what her father would tell her to do.  She would date the wrong guy and stay out past curfew.  I think this part of the interview was very interesting because it supported the articles in class that stated that teens will purposely disobey their parents just to get freedom.  But after she got some more life experiences she started to make her decisions in a different way and learned through her decisions even if regrettable.  She started making decisions by actually thinking about the outcome which she said she didn’t do before.

Lastly, me and my mother talked about what she thought the purpose of adolescence was; and why it was so important not just to her but everybody.  In this part of the interview Brenna mentioned how it is a time in  your life where you learn who you are, what your personality is, who your friends are and how to act correctly.  I think this time is important also because it is the time in your life that teaches you how to act correctly.  If you don't develop these skills during his time of your life it will be a lot more difficult to learn them later in life.  Over all I think it is the part of your life that teaches you how to act for the rest of your lives and is the most confusing, great, and useful times of your lives.

All in all, this project has taught me a valuable lesson.  That being even if you make a bad decision or two that doesn't make you a bad person.  You are an adolescent and you need to try things to know if they are successful or not.  It is a time where you can make those bad choices and learn from them instead of getting arrested for them.  As long as you learn how to act and what not to do, I think that you will be a very successful adolescent.

I thought that this project was boring up until the end where we got to interview people of our choosing.  I was most proud of the interview because it was funny and I think it was the highest quality piece of the project.  It was my most favorite part of the project because I got to learn more about my mom and how she acted when she was my age.

The most difficult part of this project was motivating myself to do the work.  After I got the refinements it basically told me that I had to rewrite the whole thing.  I lost motivation after that and did nothing for two days. On the day before the turn in date I had to force myself to type 4 paragraphs at 10:00 at night after playing video games for 1.5 hours straight.

The most important thing I learned is that even our  parents make mistakes and bad choices but that doesn't make them or us bad people.  This was the idea I explored in my interview write up. In the interview, this was the main point my mother brought up was she made mistakes but she turned out fine.

I think I am an 8.  I gave myself an 8 because I am usually  on task but get distracted and at the start of classes it takes me a few minutes to starty and get on task.  I think one thing that can improve is getting back on task after break. After the break I sit there not doing work for a few minutes and I could improve that.

In this project we assumed the role of a nation in the United Nations.  I represented Egypt and its view on the Venezueln refugee crisis. For this project we had to research our country, who they are allies with, and what their views are on Venezuela.  After this we wrote policy papers on behalf of our countries along with a speech that we would present to all the other countries so they knew our position on the matter. In the debate we argued and voted on a resolution using official un procedure. 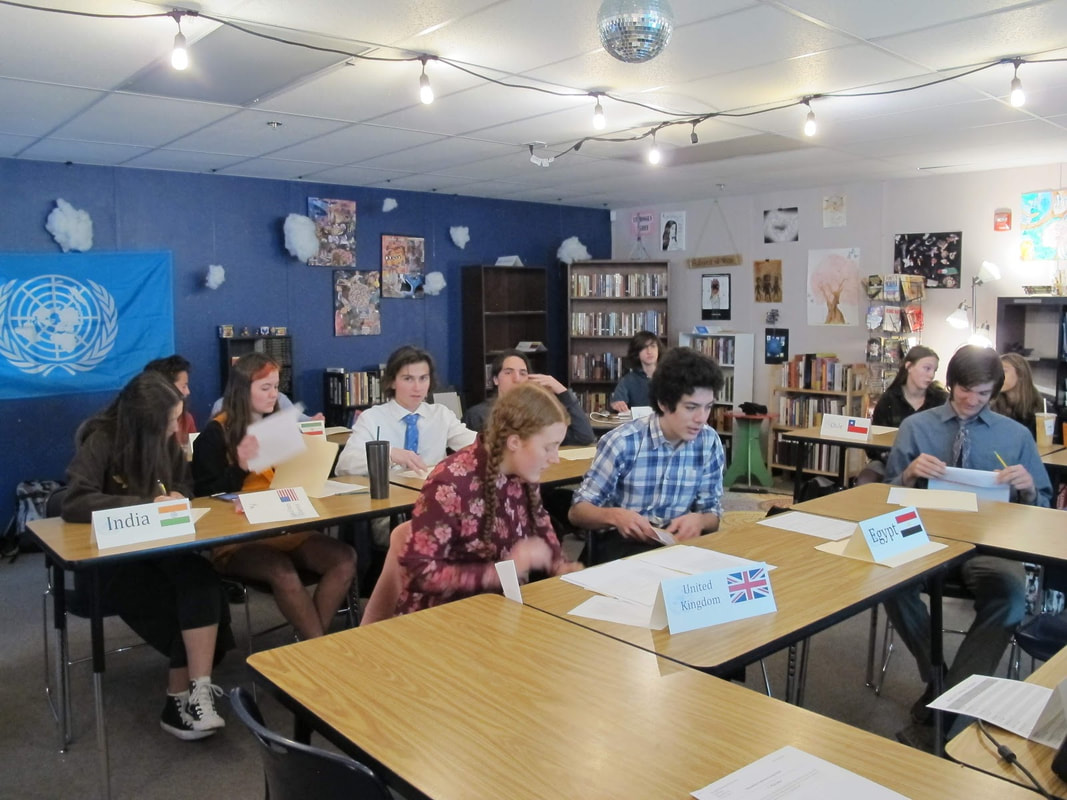 John Watson
Lori Fisher
Model U.N.
13/11/2019
Arab Republic of Egypt Policy Paper
Although a lot of Venezuelans that are fleeing are not under persecution, trying to escape war or a natural disaster, they are starving, dying and in need of help so we should help if we can.
Venezuela has been having a refugee problem for a while now but has ramped up in recent years.  The number of Venezuelans that have left the country has reached over 4 million according to (Refugees and migrants from Venezuela top 4 million: UNHCR and IOM).  The citizens are fleeing because of famine and inadequate living conditions.  The average person in Venezuela lost 11 kilograms in 2017. (Venezuela A population suffering  dangerous weight loss) The UN has tried to send humanitarian aid supplies to Venezuela but it has been denied at the border by the Venezuelan government.
The Arab Republic of Egypt can not help in this conflict but we support our allies in giving supplies, aid and money to the Venezuelan people.  We have nothing to lose in this conflict but strongly believe in helping refugees as we have done in the past.  We support our allies such as UAE.
Said, Summer, and Benoit Faucon. “Saudis Not Rushing to Respond to Venezuela Oil Ban.” The Wall Street Journal, Dow Jones & Company, 29 Jan. 2019, https://www.wsj.com/articles/saudis-not-rushing-to-respond-to-venezuela-oil-ban-11548794233.

The highlights of this project were the research because I would never look into Egypt unless it was for this project. I also had a lot of fun in the debates just listening to the shenanigans unfolding between the different people in the class. I have grown a lot over this project. I learned new research tactics and also better speech making skills. I was very well prepared for this conference and I think that reflected well on my speech but I did not ask very many questions. I think that next time I will ask more questions and make more comments. I will also present my speech to someone else before going before the class.